If you’re traveling to the diverse and immense country of India for the first time, RDV Voyage suggest you to start with the classics, the Jaipur, Agra, and Delhi so-called Golden Triangle. Here, you can experience the multi-cultural and different faces in India with just this trip.

Each artistic place you will visit tells an indelible history revealing the past of India stimulated with magnificent monuments: 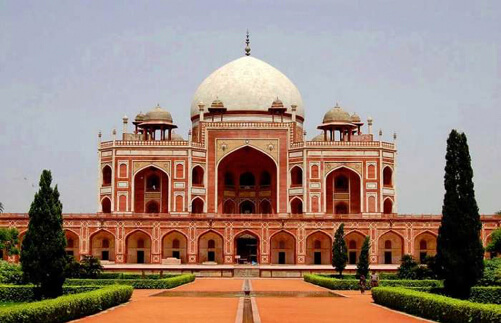 Filled with temples, tombs, and historical placesand it’s a place overflowing with mouthwatering cuisine and mesmerizing monuments. Each part of the city has its own charisma and way to allure tourists. (See Our Tips When Visiting India here)

Cover the major sightseeing places in Delhi, in Red fort, Humayun’s Tomb, Qutub Minar, etc. While you will enjoy the rickshaw ride.
See the Humayun’s Tomb, one of the UNESCO World Heritage Site in Delhi. And of one of the inspirational architecture of its time, the design and layout has inspired lots of tourists.

The tomb is open throughout the day and year and is worth visiting when the sun is out so that you can enjoy all the precise architectural features of the monuments. 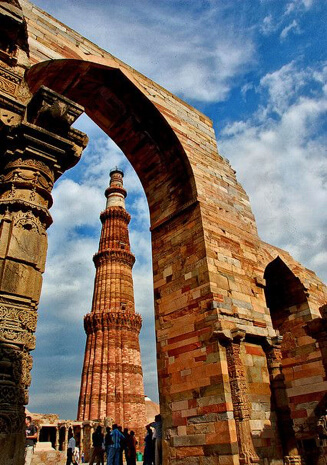 Here, you can see the famous archaeological sites in India, the Qutb Minar.

Qutub Minar, the tallest minaret built in bricks in the world in Delhi, India

It’s the most notable aesthetic Islamic architecture, not only in India but in the whole world that makes it so impressive.

It’s made of a massive red sandstone tower or minaret dating back to the early 13th century and India’s oldest mosque.

Now, you can visit the prominent monument in India that draws thousands of visitors from all over the world, the Red Fort the largest monument in Old Delhi. 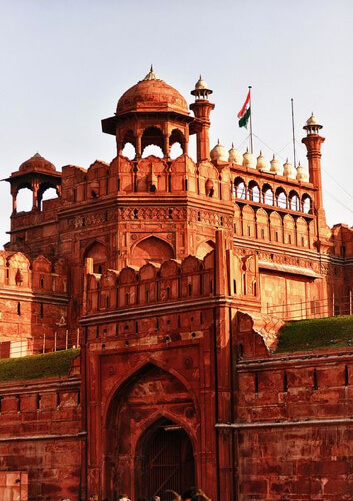 This will give you an off-beat experience, a grand piece of architecture with its marvelous structure, mesmerizing depths, alluring artwork, and the extravagant history.

Which you must witness the charming beauty, at least once in your lifetime.

It’s red sandstone walls rise 110 feet (33 meters) high in some parts to keep out invaders during the reign of the Mughai Emperor of India Shah Jahan in the 17th century.

Delhi is so vast that even when you cross from one part of the city to another, you will experience major changes in landscape and culture variation.  Delhi offers plenty of fascinating places to visit and explore.

Jaipur, India is a colorful place with plenty of historical sites to explore and of course, a haven for art lovers.

One of these sites is the Amber fort. Located 11 kilometers outside of Jaipur and one of the most popular attractions with boatloads of visitors and tourists. 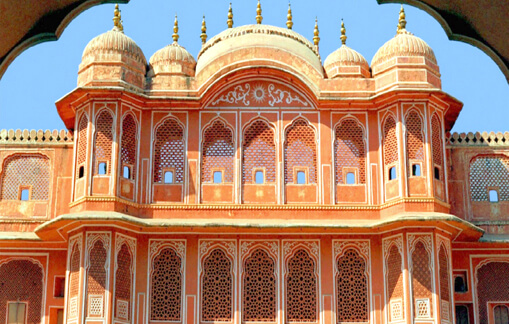 Amer fort was built with red sandstone and white sandstone which makes it so extraordinary and dazzling through the place. In this style of architecture is a blend of Rajput and Hindu while the ornamentation is mixture of Hindu and Muslim.

Just walk through the richly decorated halls and courtyards, spot the centuries-old-artwork, admire temples and enjoy a view of a picturesque lake and garden.

Since the Amer Palace is located on hills it is best to take a ride with an elephant.

Hawa Mahal “Palace of the Winds”

No visit to Jaipur can be complete without seeing the Hawa Mahal.

One of the most breathtaking monuments which one cannot resist.  It’s full of pink with the rest of the city, that is why Jaipur is likewise noted as a Pink City and that is situated in the heart of the capital. 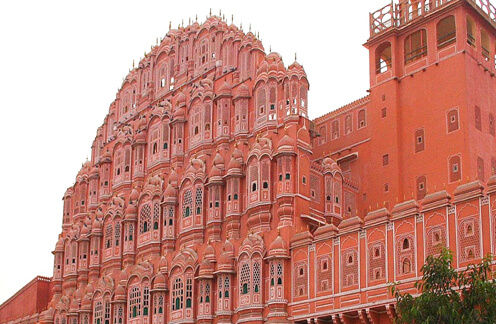 The windows have wonderful sculptures which let the cool breeze blow inside the palace therefore obtaining it’s other nickname “Palace of the Winds”.

The Taj Mahal is one of the most intense architectures in the entire world. It was developed between 1631 and 1648 by over 20 thousand workers, under the guidance of the Emperor Shah Jahan, for the tomb of his loving wife, Mumtaz Mahal. 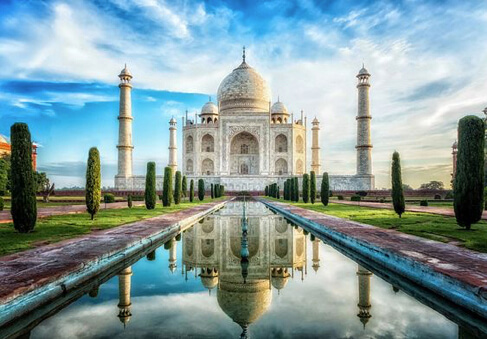 When you’ll hear the full love story behind this structure of the Taj Mahal, you’ll see the true beauty!

Be inspired & explore the visceral charisma that it emanates from these beautiful places with RDV Voyage!